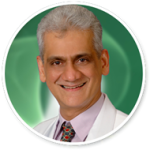 Hello there. I am Parkash Mansukhani, an internist and pulmonologist based in Davao City, Philippines who practiced intensive care medicine for 26 years, dealing with people who were already ill, with little room for helping people at a more essential level.

“Parkash was my co-coach during our Teach Mindfulness course. I have learned tremendously from his valuable insights in our class and sessions together. His commitment on the importance and cultivation of mindfulness as a way of life, was further enhanced in me, professionally and as a human being.”